Frank Revi was the long‐time UPA College Director from 1986 to 1994. While Mike Farnham kicked off the formalization of the College Division as its first college director, it was Frank who fully figured out what colleges required in order to treat Ultimate as a full “Club Sport,” including requiring teams to have a roster composed solely of athletes formally registered with the college and also meet reasonable limitations on playing eligibility. Quite frankly, the decision to do away with “ringers” was initially quite unpopular, and the administration of the roster collection was a real grind, especially in the early days, but Frank managed it all in good spirit and with quiet efficiency.

Frank had the staying power to sort out and nurture the College division to become the largest division in the UPA, and it remains so with USAU today.

Frank began playing Ultimate in high school in the late 1970s, captained his MIT teams to College Nationals in 1985 and 1986, and played with Windy City in the late 1990s, competing in three Nationals and at the first World Ultimate Club Championship in 1989, before moving to the west coast and finishing his competitive career in the late 1990s. 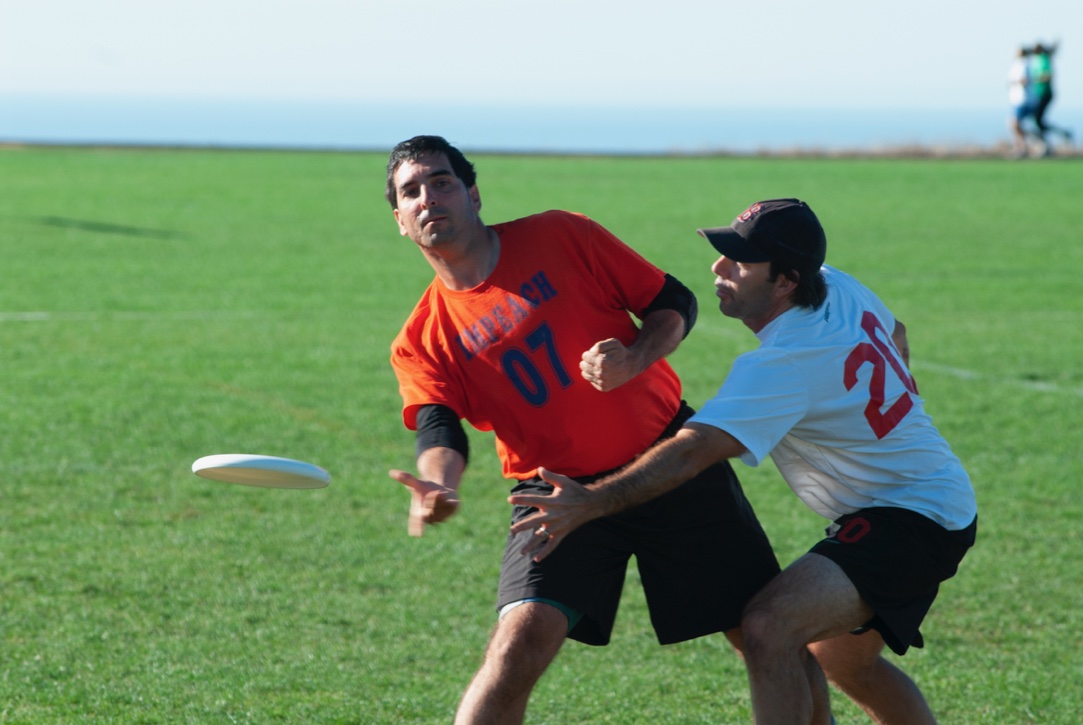 Please summarize roles in an official capacity as an officer, committee member, coordinator, or volunteer for the UPA or other disc organizations, or as an event organizer? Describe positions and dates served:

What were your personal contributions to the sport?

• I became UPA National College Director in the fall of ’86 and was responsible for taking the college eligibility rules into the no-ringer era. With the Coordinating Committee, I wrote the new version of the eligibility rules and worked with them each year to individually rule on cases that were not clear. This resulted in some controversial decisions and some disappointed players, but I think it established the UPA’s strong position to have a rigorous and fair college eligibility framework, along with its track record for enforcing it. Under my watch, the first team was disqualified from Nationals for an eligibility violation.

• I was one of the two swing votes in favor of the ground-breaking decision to select Discraft as the official disc of the UPA for the first time.

• I chaired the Rules Committee in charge of developing the next edition of the rules (10th edition, I think). I wrote the initial draft that established elements such as the definitions section and “state of the disc” that have carried on since. I introduced the idea that the rules of ultimate (unlike other sports) should eliminate as much as possible references to players’ intentions. I believe that edition of the rules was released under Troy Frever’s leadership of the committee. I think it’s fair to say that some of the precision of language and tone in the text of the rules can be traced back to the work of the Rules Committee under my watch.

• I performed as an observer, sometimes head observer, in numerous games at UPA Open and Women’s National Championships. One memorable note; I was called upon to make the ruling in the finals of the Women’s tournament (forget which year), upholding Gloria LustPhillip’s controversial foul call late in the game. Some of the old timers may remember that one as the play was caught on video.

What were your playing career highlights?

1978 – 1982 Highland Park High School (IL) Purple Dragons
1982 – 1986 Captain, MIT Ultimate; guided college team to its only two appearances in College Nationals (’85, ’86)
1986 – 1990 Windy City, Chicago; appeared in 3 UPA Nationals including one finals
1989 Played in World Club Championships in Karlsruhe, Germany; probably the first US team to ever be beaten by an international team.