Jim Kenner and The “Discraft Ultra-Star”

Jim Kenner, one of the earliest competitive freestylers, started a small flying disc manufacturing operation in 1978 and introduced the Ultra-StarTM disc for Ultimate in 1981. At 175 grams (10 grams heavier than the discs then being used) and with a diameter of 10.75 inches, the Ultra-Star began to catch on among players in the Midwest. With the expiration of certain of Wham-O’s patents in 1983, Kenner was able to add flight rings to the Ultra-Star which added considerable stability during flight, and he made other revisions based on his experience as a player. The new Ultra-Star was a hit and began to attract a growing following who viewed it as markedly superior to the post-80 mold Wham-O frisbees. Many players considered the Ultra-Star as easier to throw, with more predictability in flight and with greater velocity. With word of mouth on the playing fields and a grass roots marketing campaign that provided sponsorship for hundreds of Ultimate events and teams, Kenner’s Ultra-Star had become ubiquitous on Ultimate fields by the late 1980s. With the introduction of approved disc standards in the late 1980s, largely patterned after Ultra-Star’s characteristics, the stage was set for the Ultra-Star to be selected in February 1991 as the official disc for tournament play by Ultimate Players Association (now USA Ultimate). The Ultra-Star was ranked #19 on the list of “31 Things Every Man Should Own” by Esquire Magazine in May 2009. Discraft’s primary market continues to be direct sales to players, teams and clubs. The Ultra-Star remains today as the official disc of the USA Ultimate Championship Series, 30 years after its introduction and 20 years since first being recognized as the official disc for Ultimate. 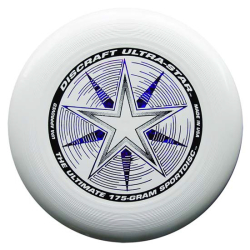 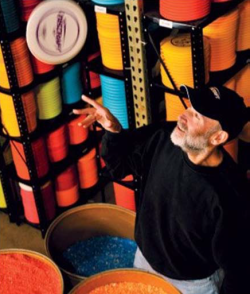 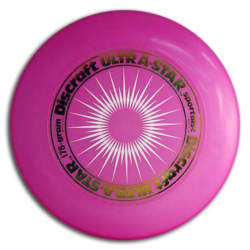