Larry Schindel was one of the early developers of the game of Ultimate, as player and general manager of the Columbia High School team from 1970-72. While others were interested in little more than tossing a disc around, Larry had the prescience to realize how important promotion, communication, and the development of a critical mass were to the survival and growth of Ultimate. He was one of the key forces in the institutionalization of the sport, working closely with Irv Kalb from 1970-78 in the development of the rules of the game. Together with Irv, Larry was the “Johnny Appleseed” of Ultimate, and he tirelessly promoted the expansion of the sport in the 1970s at high schools and colleges across the East Coast. He chaired the first “East Coast Captains’ Meeting” in 1975, with 56 representatives from 32 teams attending, which was crucial in facilitating interscholastic and tournament competition in that pre-Internet era when communication was much more difficult. Larry was the founder of the Washington Area Frisbee Club in 1977 (now one of the largest clubs in all of the U.S.), and was coordinator and then director of the Smithsonian Frisbee Festival (later called the National Frisbee disc Festival) from 1977-95.

Larry lives in Bryantown, MD, with his wife Shirley, and their two children. He works as a billing coordinator and estimator for a full-service printing company. Larry is very active in community affairs; he and his wife have been therapeutic-care Foster Parents since 1995, he was Co-founder of Recycling Action for Charles County (Md), he is on various boards of his church, and he has been named as Citizen of the Year by his local Lion’s and Rotary Clubs. He was the Commencement Speaker at Columbia High School (Maplewood, N.J.) in 1996. His mottos are “Anything worth doing is worth doing well” and “Organize so that others can enjoy.” 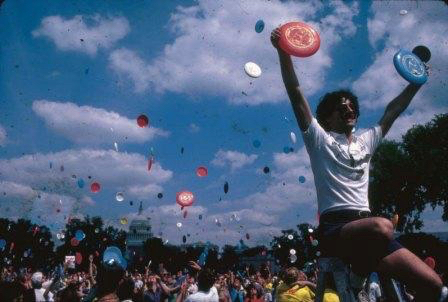 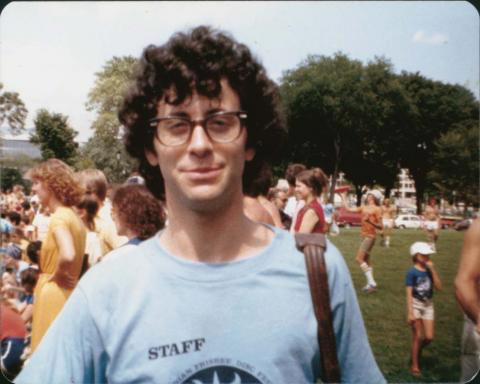 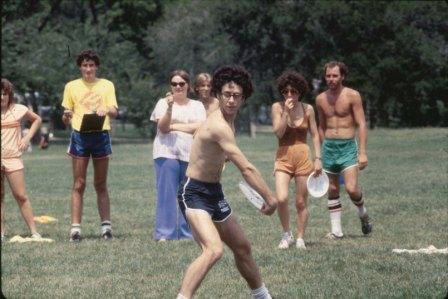 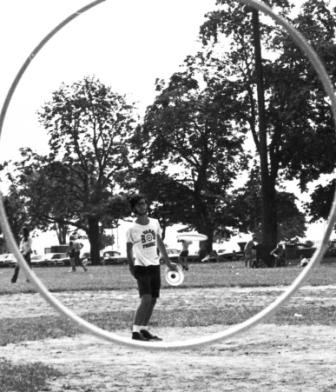 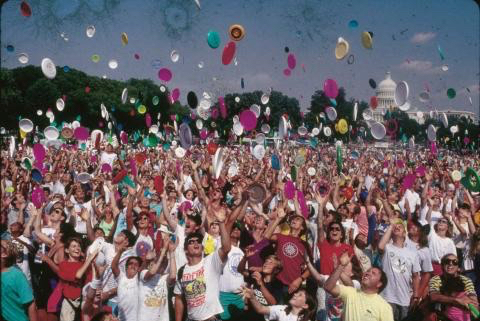 Describe your contributions to the sport.

The original WAFC was the Washington Area Frisbee Club founded by Larry Schindel, who had previously founded the Richmond Avenue Gang at Columbia High School and college teams at the University of North Carolina Chapel Hill and the Rochester (N.Y.) Institute of Technology (RIT). At the suggestion of Joel Silver, Schindel had run the student newspaper at Columbia High School and had later gone to school at RIT to learn printing (he still works in the printing industry) so he was a firm believer in the power of the press. He ran an advertisement in The Washington Post on Thursday, March 31, 1977 that read: “FRISBEE club forming for DC area. First meeting 10:00am Saturday at West Potomac Park soccer field. Call Larry Schindel, 527-8583, evenings.” A group met and played Ultimate on the grounds of the Washington Monument and the Lincoln Memorial. Many of the original WAFC players were also accomplished in other Frisbee games and so they also practiced Accuracy, Freestyle and Double Disc Court. Together, Schindel, Good and Barberly started the Smithsonian Frisbee Festivals in 1977. These annual festivals drew thousands of people and showcased the many games that could be played with Frisbees, including Ultimate. The Smithsonian Frisbee Festivals (later called National Frisbee Festivals) were held over Labor Day weekend and ran until 1996.