Mary Louise “Louie” Mahoney Cohn was one of the driving forces behind the introduction of the Women’s division of ultimate. As most women did in the early days, Louie began playing ultimate with men. She loved Frisbees and all forms of disc games but, being a talented field sport athlete, she was mostly drawn to ultimate. Boston was an early hotbed of ultimate activity and Louie was a founding mother of the long tradition of successful Boston women’s ultimate teams. Before there were critical numbers of women playing, she recruited and taught many of the early women’s players while advocating for a separate women’s division be established within the UPA. Louie was one of the top female athletes on the field playing in the first Women’s division at Club Nationals in 1981 and a huge part of BLU’s (Boston Ladies Ultimate) championship title that year. Women’s Ultimate wouldn’t be what it is today without Louie’s early years of planting the seeds and showing those who followed the potential in the sport and in themselves. 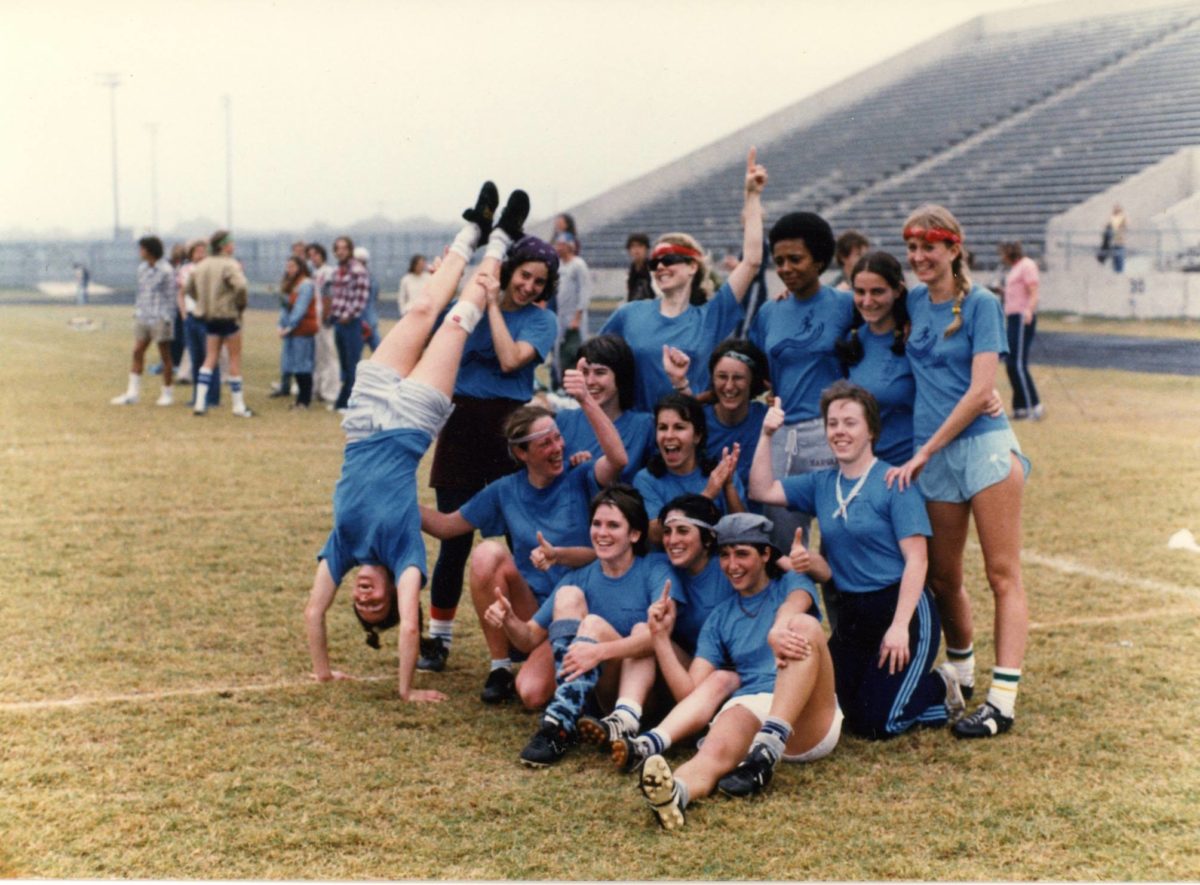 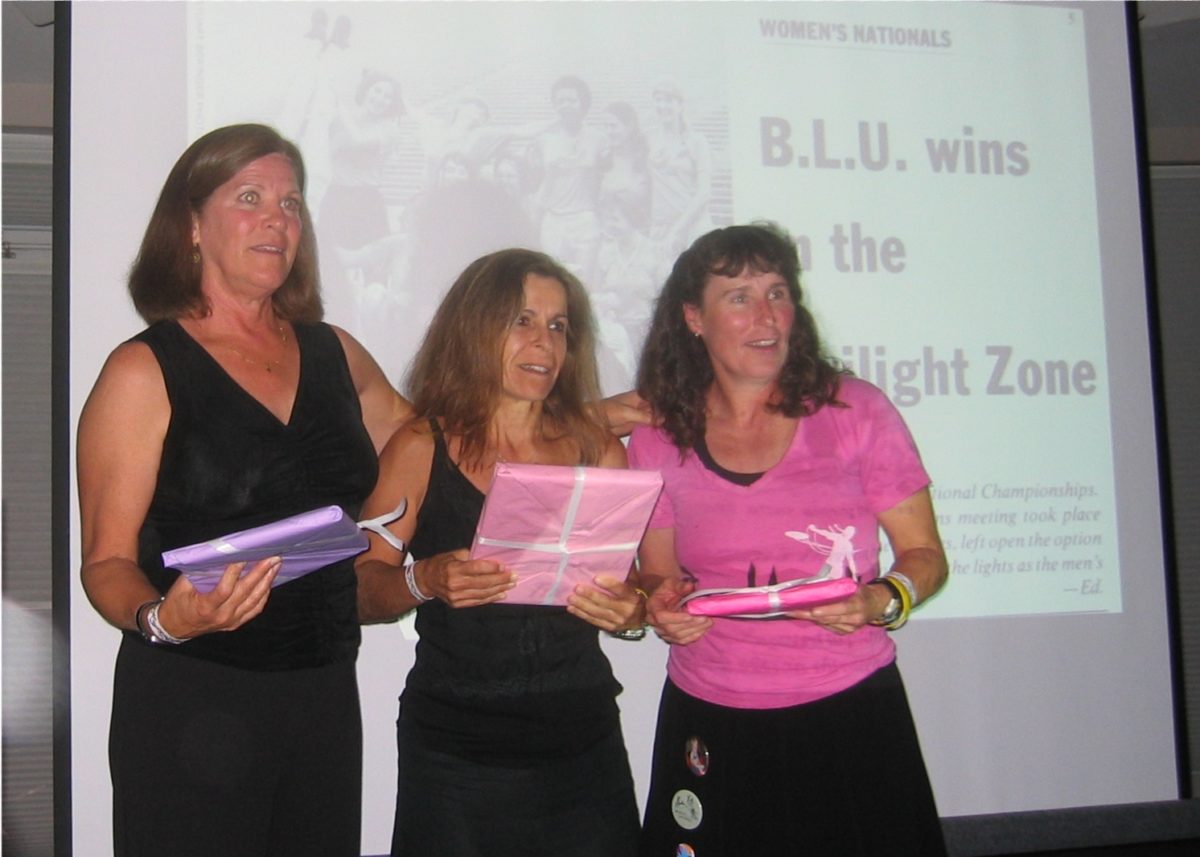 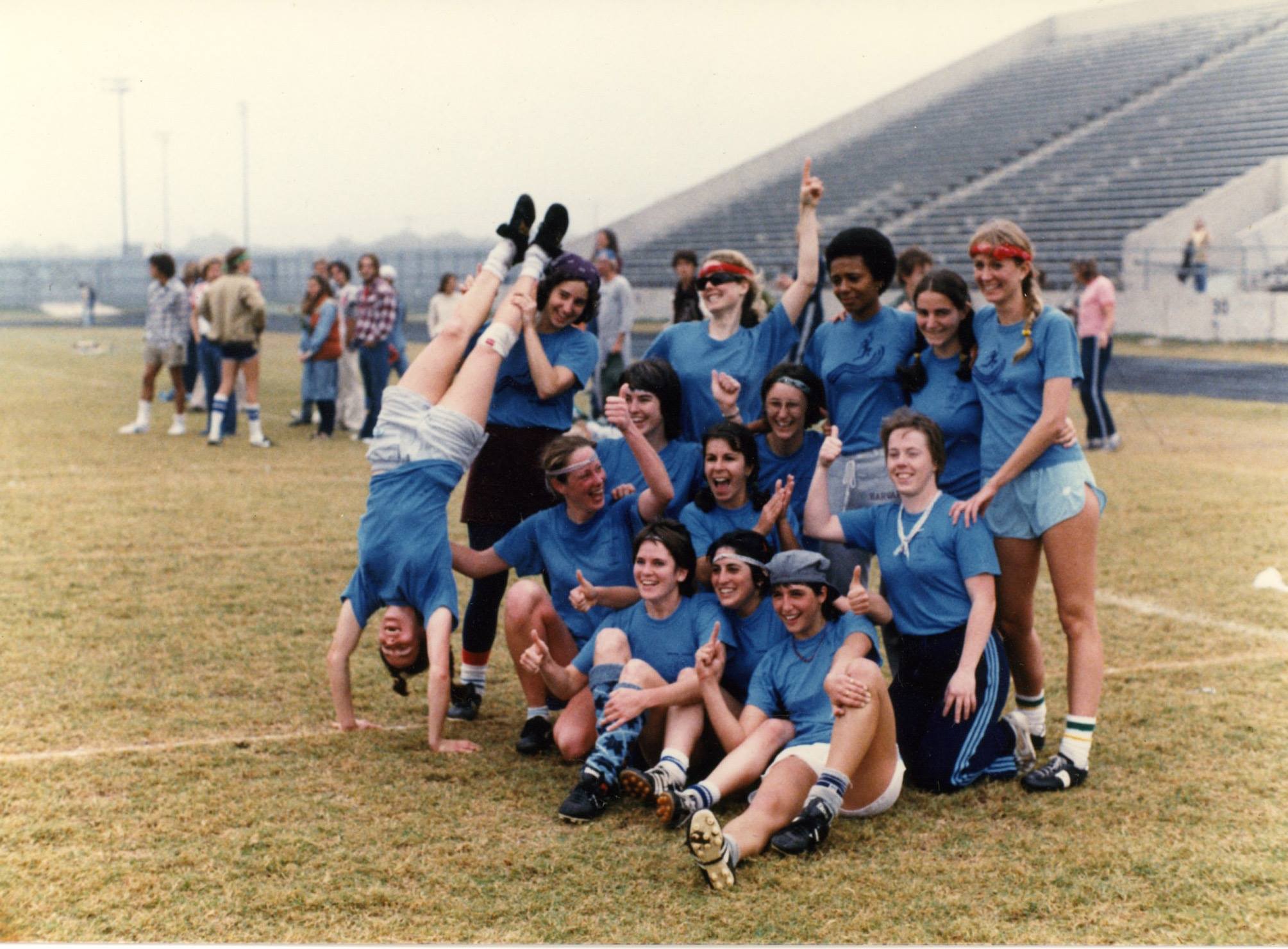 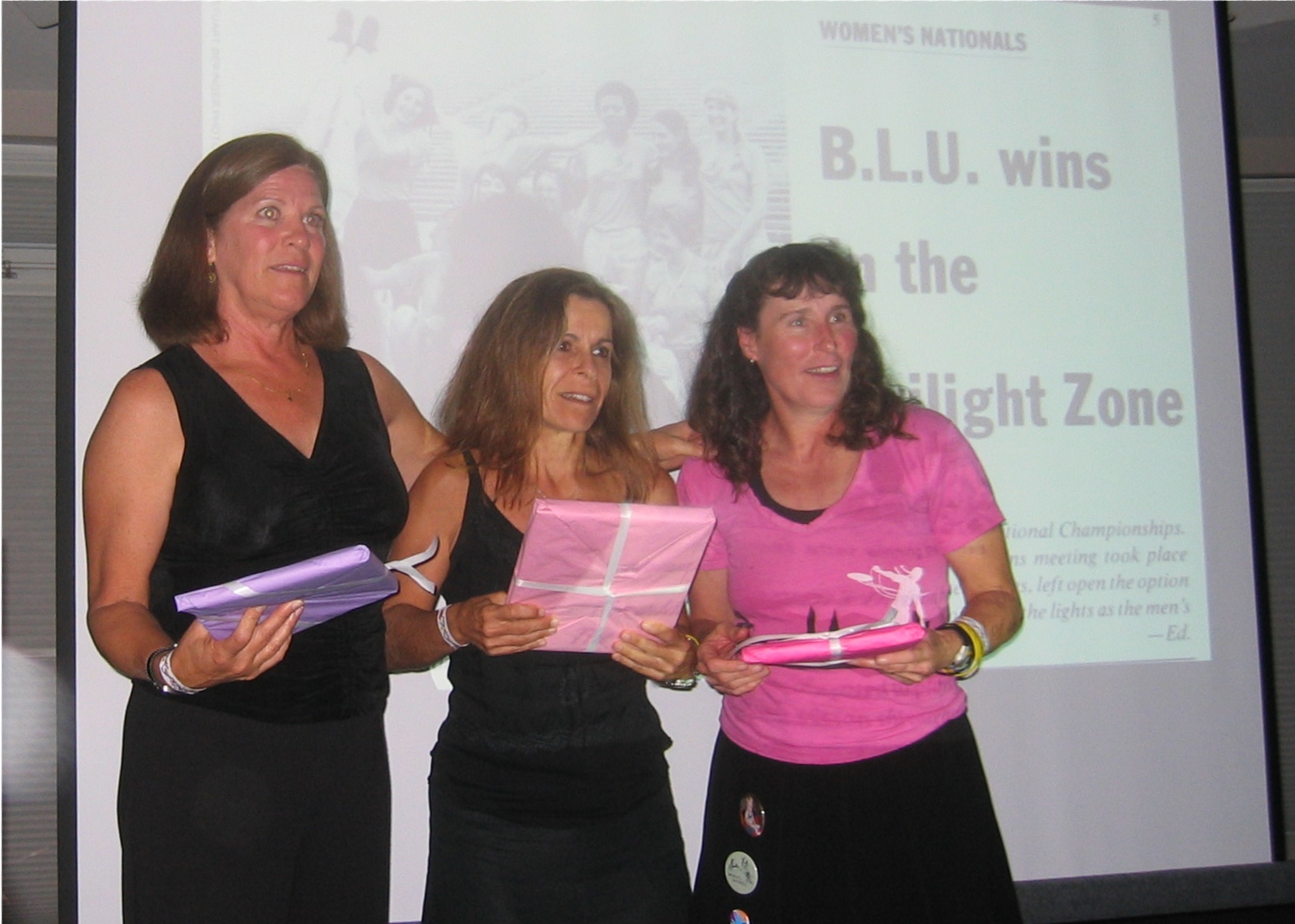 Please summarize roles in an official capacity as a volunteer or staff member for any disc organizations, or as an event organizer, or any other roles in which you made your contributions to the development and growth of Ultimate. Outline positions and dates served.

I got involved with Wellesley Ultimate Frisbee and learned about ultimate and other disc sports. I love ultimate and loved sharing the joy of play with every woman I met and calling, on landlines, anyone who expressed even a whisper of wanting to play.

Throughout 1979 to 1981, I recruited women to play at every opportunity including at the major Spring East Coast tournaments, April Fools and Easterns, and at the regional tournaments leading up to Club Nationals, as well as at the individual disc events held around the country.

In those early days, while Boston Aerodisc was practicing on nearby fields,  the beginnings of Boston Ladies Ultimate (BLU) was formed. Often, there were not enough women for practice but eventually, the team came together and played at every available tournament. In the Spring of 1980, Easterns was held at Bucknell. At the tournament, it was the first time a Women’s game was played at Easterns with Boston women combining with the Wild Roses of Cornell to form Bosnell. We played against the women from Bucknell and so it began. Eventually, with Jane Lowell Evans, Suzanne Fields, Heather Morris and so many others in Boston and around the country, the joy grew and grew into women’s teams competing throughout the country and the division with a place at Club Nationals.

Please briefly describe your major contributions to the growth and development of Ultimate. How did your contributions impact the sport and/or its organization?

Starting the first women’s division club team in Boston, Boston Ladies Ultimate, and recruiting and promoting women to play wherever I went.

I started a team and coached at a school for students with learning disabilities for 10 years.

I have four sons who, along with my husband, Jon Cohn, all play ultimate. I continue to play pick up with my youngest son.