Frank Bono helped lead three top-level teams to the UPA Club Championship tournament for six consecutive years as the intense middle, middle in the zone defense and as a core handler, winning the first two he played with Glassboro. He was named MVP at the 1980 Nationals in Atlanta. He played exceptional defense and could always be counted on to play his best Ultimate in big games. A key contributor to the emotional intensity and play of each team, Frank attributes his success to playing with a cast of talented, motivated, and focused athletes. Following a successful career at the highest level, Frank and his wife, Betsy, one of the pioneers of Women’s Ultimate, created two successful Ultimate summer leagues. 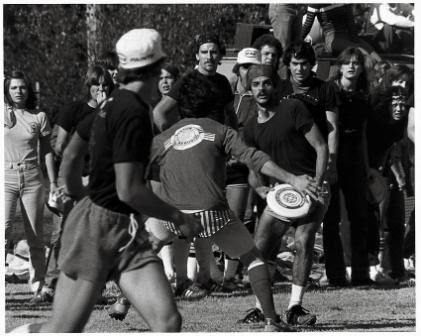 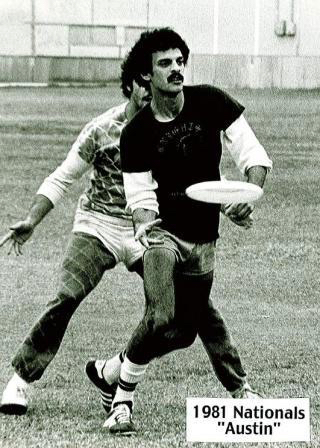 In the 1980 Nationals in Atlanta, I was awarded the MVP award, earning the designation by throwing four out of 11 goals, having five key defensive blocks in the middle-middle, and setting the pace for the run-and-gun offense. I was recognized both on my team and in the circuit as a force to be reckoned with. As a key member of the Glassboro Team, I helped drive a 62-game winning streak from 1977-79, win over 140 games up to 1981, and achieve a 92 percent team pass completion rate in the 1979 National Finals against the Condors.

It is a bit humbling to toot my own horn here, because no single player can possibly make a great team. I was privileged to play with a cast of talented athletes that were incredibly motivated and focused. When these questions are posed, I have to ask myself – can the greatest handler stand out if his team isn’t there for the passes and have great hands? Defensively, can a middle-middle make spectacular blocks if the rest of the defense doesn’t force the play to the middle? Of course not! So it seems almost arrogant that I put modesty aside, to say how I stood out, because without my rock-solid teammates, I would never have this nomination.

But the word most commonly used to describe my style of play was simply ‘intense.’ I was the player to beat. Teams huddled to discuss how to break our zone because you couldn’t get through the middle. Our defensive forward players worked to force the disc right into my wide area of the zone where I consistently forced turnovers with horizontal hand blocks and lightning-quick foot blocks. Offensively, I drove team momentum, leading me to Nationals six times with three different teams. I was known for solid hands and quick, accurate passes, and making tough passes into the end-zone in tight spots, throwing 30 percent of our goals in the 1980 Nationals. The defensive strategy for our opponents was to “Shut Frankie Bono down!”

What was your role on the best (or most overachieving) team that you played on?

One of my major roles on “the Boro” was a psych factor. While we were known for the craziness and fun of our “Balok Circle,” I was the player who brought the intensity to our key players by my focused passion and pumping up the players to be intense in their roles and not make mistakes. As defensive middle-middle for Glassboro Ultimate, I drove the turnovers that opened us up to play our nearly unstoppable offense. I played in the center of the offense as well, typically handling every-other pass on the field. We were a tight unit – a machine.

Clearly my peak year was in 1980, when I was named MVP at Nationals in Atlanta. I built up to this in 1978-79 as an aggressive offensive and defensive player, but exploded in 1980 to lead the team to be the most winning team in history to that point. I continued in that pivotal role in 1981 with Knights of Nee and 1982 with The Gang, lending the consistency to those teams to lead us to the consecutive spots in Nationals. By 1983, I chose to play at a less competitive level, and begin to teach other people to play the game and spread the fun and Spirit of the Game through starting a summer league and playing during the season at a more local level.

I brought a unique style and flair to the game, by raising the level of play on our team. I helped raise the level of play in the sport. In short, I became the player that others emulated. My statistics of sure handling and defensive strategy and blocking ability created a level of “fame” on the circuit at that time that had people I did not know approaching me to discuss games, my style and my team. Beyond those intense years, when the time was necessary for building my business precluded putting in the time for elite athlete training, I chose to devote my Ultimate efforts to further the growth of the sport by running a summer league for 10 years that had more than 200 players per season.

While the league played from May to September, building and running it was a year-long venture. The years I played at the top level were the stuff fairy tales and legends are made of. I developed a marriage and family and a network of friends across the nation from many teams over that I am still in close contact with. I can attest to the type of person you become when you work with absolute focus and spend long hours to achieve the top level, and learned how with working with others you create a synergy that only someone who has experienced it can understand. 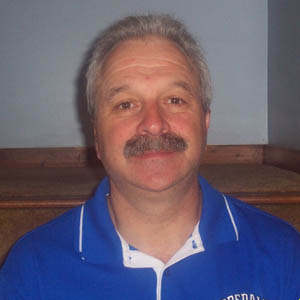