Sectional Coordinator of the Year (1992)

During his 20-plus year career, Andy Borinstein touched nearly every level of Ultimate as a player, team leader and organizer.  He applied his intelligence, integrity and skills to many roles as team captain, strategist, recruiter, tournament director, organizer, sociologist, historian and journalist at the high school, college, Open Club, Masters, local, regional, national and international levels.

Borinstein worked tirelessly to promote the sport he loved, holding a number of UPA positions including Sectional Coordinator, Communications Director, Director of International Affairs, Board Member and Co-Chair of the UPA Tournament Seeding Committee.

Borinstein initiated the East Coast College Championships in 1983 (the precursor to the College Division), and contributed to Ultimate’s expansion overseas while serving as team captain for four U.S. Masters teams (1990, 1994, 1996 and 1998). He was a prolific chronicler of the sport, having contributed more than 100 articles to the UPA Newsletter and other publications, and was a passionate promoter of Ultimate garnering print and TV coverage. From the mid-1980s to 1993, Borinstein was also the “Voice of Ultimate” on numerous championship videos. Most recently, he contributed and reviewed content for Ultimate: The First Four Decades.

His dedication to improving Ultimate and its organizations has benefited many generations of the Ultimate community. A native New Yorker, Borinstein still resides there with his wife, Hilary, and son, Alex. 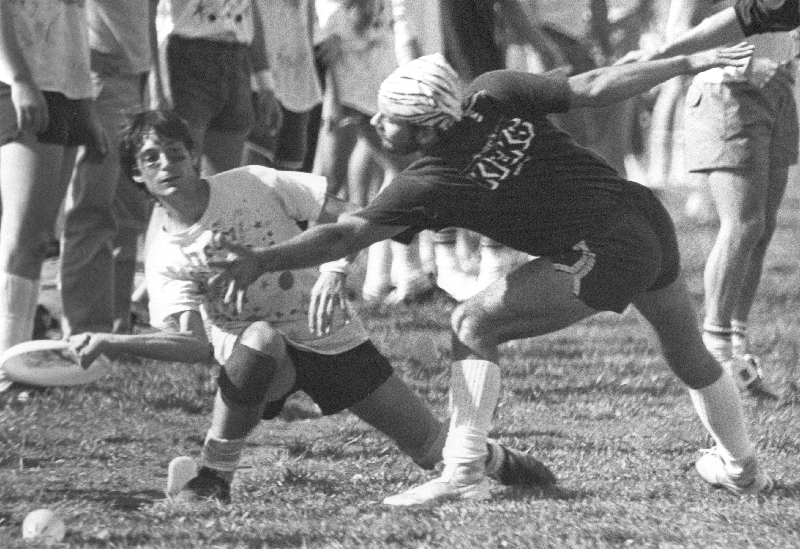 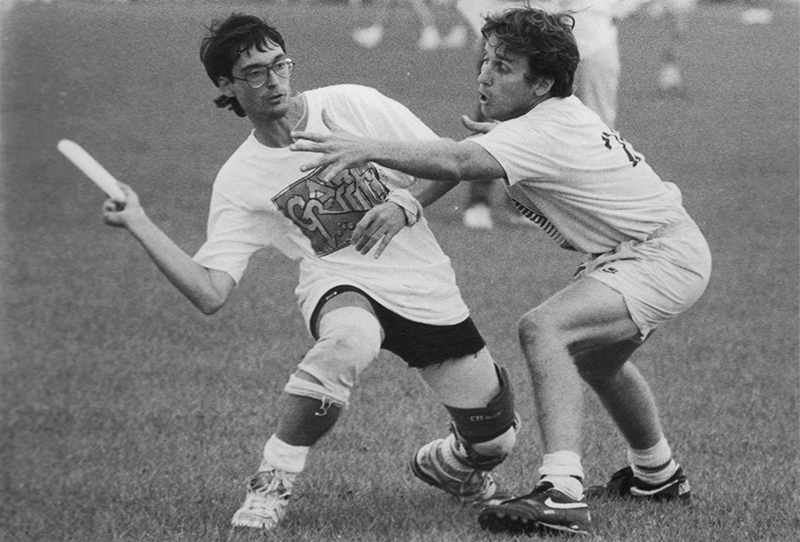 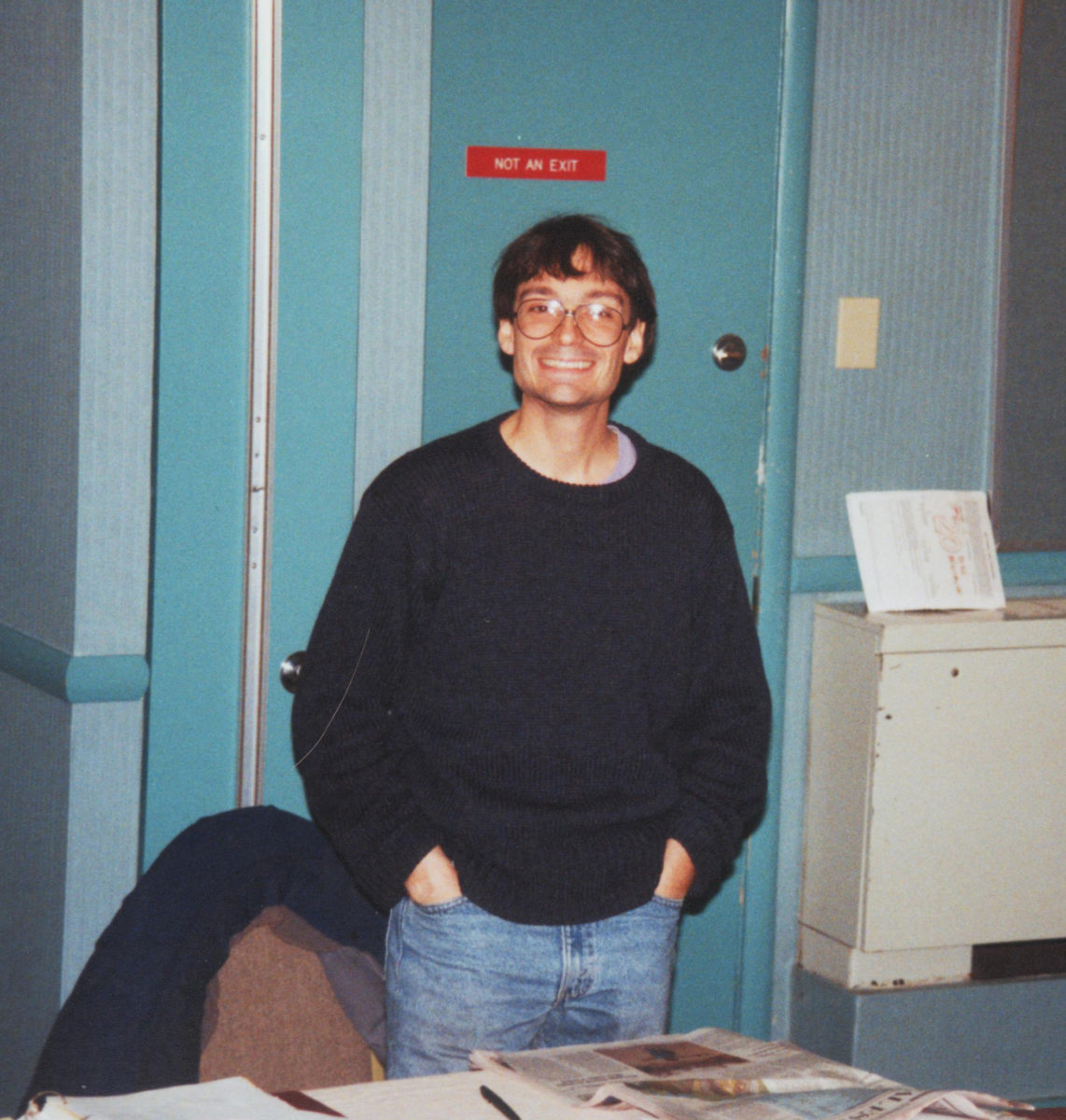 Describe your major contributions to the growth and development of Ultimate?

When I look back at my Ultimate playing and organizational career, I think my greatest accomplishments were:

1. Starting the East Coast College Championships in 1983 — one year after graduating from Penn. This was the precursor to college nationals and I was involved in all organizational matters that first year. In my mind, this was a great achievement because it showed that the East Coast Captain’s meeting was the forum to express new, innovative and ground breaking ideas. Also, the College division was a much needed creation. At the time, Ultimate was at a crossroads as it was evolving into a sport dominated by club teams, potentially rendering the college teams irrelevant. Without a separate division for college teams to play in there might not have been incentive for them to continue playing as the clubs were becoming so dominant.

2. Being an organizer throughout my entire career where ever I was — High School, College, Open Club (I take great pride in helping the North East in securing the Wild Card spot from 1987-1993 due to the number of teams I helped recruit to play at Sectionals), Masters at the Local, National and International level. Another highlight was organizing the MA/NE All Star game at the 1982 WFC at Rutgers. Coming up with the voting procedure to select the players for that event was fun and innovative, but a bit tricky as each team nominated five players and each team could cast five votes for players on the accumulated list, but not for anyone on their team.

3. Being a journalist, sociologist and historian to the sport, but certainly not at the same level as Sholom Simon or Dan “Stork” Roddick. I enjoyed writing articles for the newsletter, being “the voice of Ultimate Frisbee” on many of the National and International title games in the mid/late 1980’s and early 1990’s, and helping to get Ultimate better recognized by the mainstream media when I worked as Director of Communications. I recall securing coverage in the NY Times, USA Today, Sports Illustrated, Village Voice and some local and national television stations and networks. I also take great pride in being the co-writer of “Quest To Be Best,” the award winning NYU student film narrated by George Plimpton. Working with Mr. Plimpton remains one of my fondest memories.

4. International Director. Many highlights here. Organizing the first U.S. Masters team that played at the World Championships in 1990 (Oslo). The Open, Women’s and Masters wins in 1990 and 1994. Helping to bring the Juniors team to Worlds in 1994 (which helped to routinize the process of getting Junior teams to Worlds) and being their assistant coach. Getting all teams and their paperwork squared away for the various World Club events. Coordinating the growth of international play by U.S. Teams in the mid and late 1990’s.

5. Being a good player and strategist on some very strong college and open teams. I know I was never at the same playing level as contemporaries such as Pat King, Maurice Matiz, Ken Dobyns or Mike Glass, but considered myself right below that upper echelon despite having no knees since Fall 1982. I always tried to make the right decision or smart play, to be consistent on the field and make few, if any, turnovers. Also, the teams I was a part of or captained knew set offensive plays, could play a number of different zone and man-to-man defenses, could break zones and play opportunistically. We often exceeded our talent level and expectations because we often executed better, were disciplined and knew our limitations. I look at Penn, Kaboom! and Graffiti as examples of teams I played a significant role on.

The college division is one of the largest UPA divisions and many players and generations of players have and will benefit from the Collegiate Championships.

International interest in this country as well as the play of U.S. Teams overseas grew during my tenure as Director of International Affairs.

Canada was allowed to play in UPA sanctioned events.

Ultimate received a fair amount of press coverage during my tenure as Director of Communications.

I know that I positively affected younger players who I played with at Penn, KAMOOM! and Graffiti who had long and successful playing careers.

I helped to institutionalize the women’s team at the University of Pennsylvania (1981).

[It’s] hard to say, but I wonder if College play would be as competitive today if it weren’t for the formation of a separate division. At the time, the sport was being dominated by club teams and growth was stagnant.

Paving the way, administratively, for Junior teams to routinely play at the World Championships. In my tenure, they were always all-star teams made of young players from different parts of the country and there was always a great deal of coordination with players, parents, the UPA and WFDF to enable them to compete.

[I] demonstrated to the UPA the importance of media coverage and increasing national awareness of the sport.

The love of the sport, to benefit the people who play it and the Spirit of the Game. To secure a future for the sport I love.

A lot of time, but tough to quantify because I lived, breathed and constantly thought about playing and organizing Ultimate from 1977 to 1998 – a 21 year career.

In addition to the teams mentioned above, I organized the following tournaments:

Have you made other contributions to the development of Ultimate?

[I] helped formed the first Women’s team at University of Pennsylvania in 1981 (Zephyrs) and secured school funding.

As Communications Director, press coverage for Ultimate in newspapers, magazines and on TV.

Championed the admission of Canada into UPA sanctioned events

Sectional Coordinator of the Year – 1992.

I was a leader for most of the teams I played on from High School through Masters and I was instrumental in or created a number of organizational efforts that furthered the sport of Ultimate – Initial formation of a separate College championship; U.S. role in
International play; Coordinating/institutionalizing the play of Juniors at the international level; Admission of Canada to UPA play; Regular contributor to the UPA Newsletter; Organizer of Ultimate at the local, High School, College, Open, National, International and Masters level. Competitive player in all divisions I competed in.