Randy was a co-founder and key player on the St. Louis Tunas, one of the most prominent open teams of the ‘80s. Building on his previous athletic success as a star high school and college basketball player, Randy quickly developed a reputation as one of the game’s most feared receivers. He presented a serious match-up problem for all opposing teams; he was simply too fast, too agile, and with the disc in the air, he jumped much too high. Randy’s downfield cutting was one of the primary reasons the Tunas, with their lightning quick set of handlers, played such a forceful, explosive and wide-open game. Despite being slightly under 6’2″, he played much bigger, dominating much taller players in the air due to his three-foot vertical leap.

In the finals at Nationals in 1984, Randy was the game changer, leading St. Louis to victory as he snagged seven goals. Subsequent to his early years as a premiere downfield target, he developed into a balanced and versatile threat at every position. By the time he left the open division, Randy had a full arsenal of deadly throws, which he was capable of delivering with tremendous accuracy and touch. He applied his offensive skills successfully for many more years, winning numerous championships in the masters and grand masters divisions. Randy has always been a role model for Spirit of the Game, exemplified by his fun-loving nature, joy of the game and respect for his opponents. 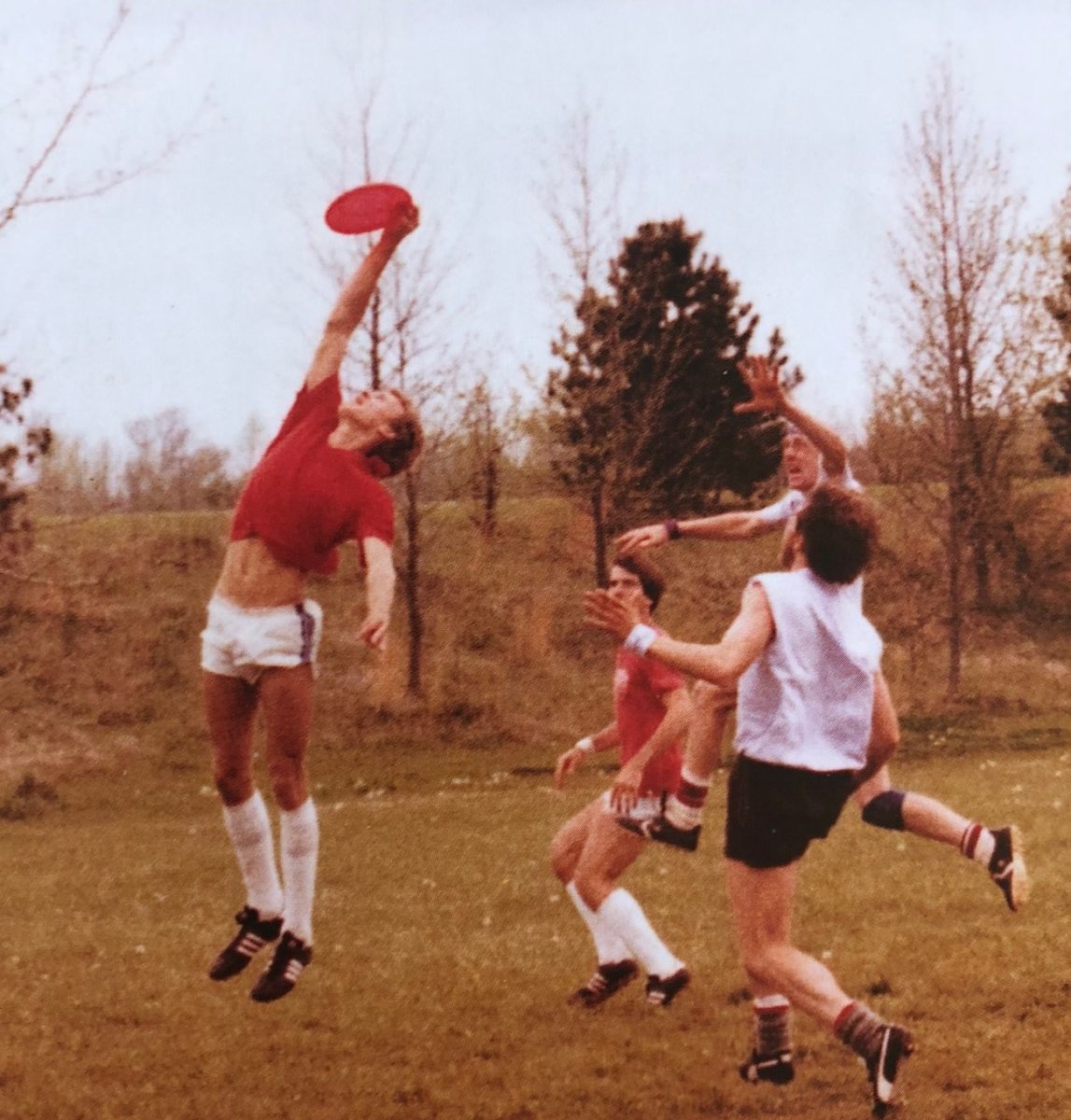 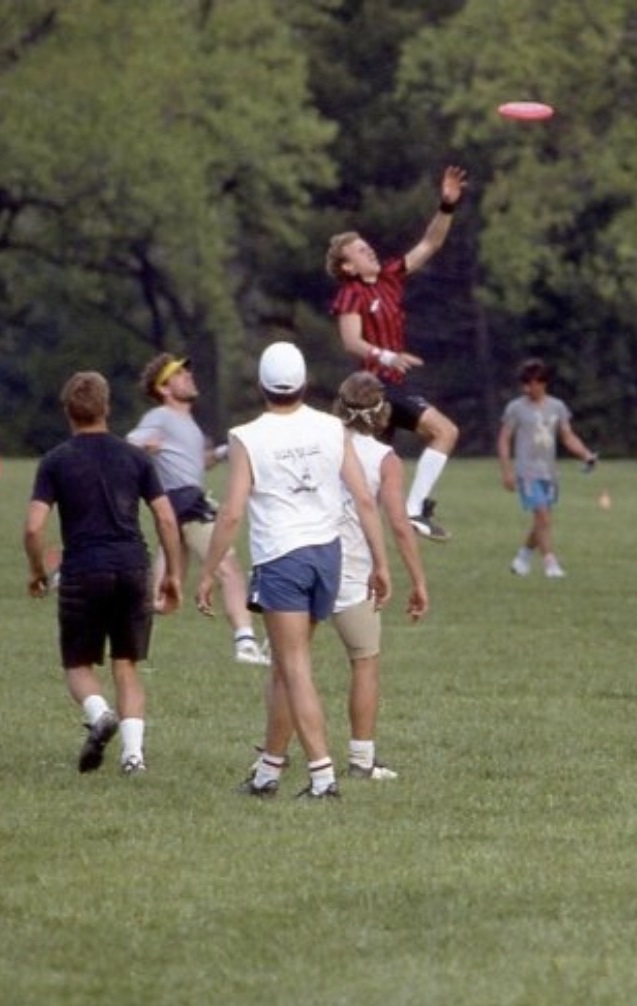 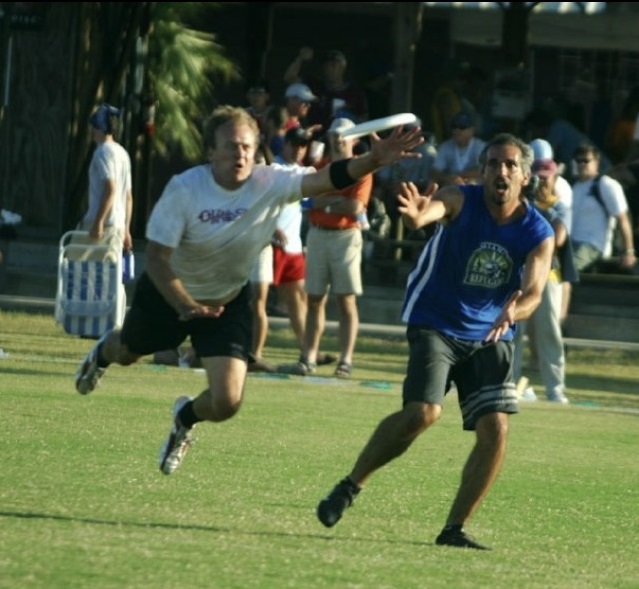 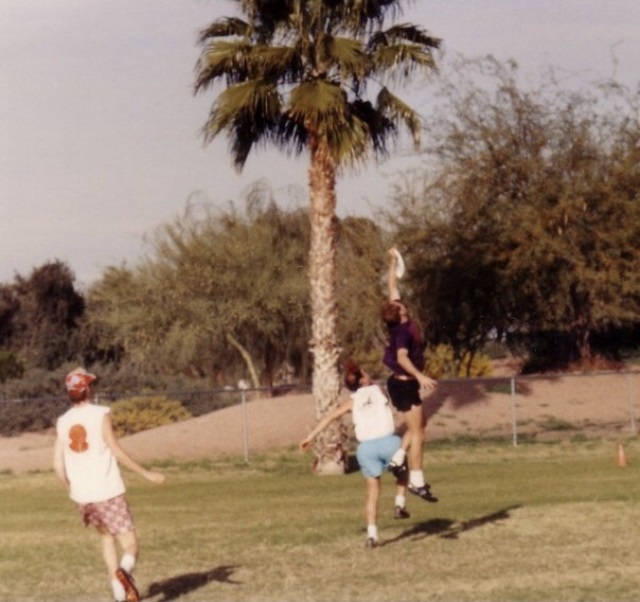 Randy started as one of the most feared receivers, an early “sky king” in the end zone with an over three-foot vertical leap. He played much bigger than his 6’2″ height. Later, he developed into one of the most feared throwers with pinpoint accuracy and soft touch on deep backhands and flicks, and he had a very accurate break mark hammer. Overall, he was one of the best pullers in the game as well.

Randy was the co-founder of The St Louis Tunas, a very progressive and pioneering team that was one of the first with uniforms and sponsorships. He helped lead the team on a fast path: within two years of inception, they were second in the World. By 1984, they were on top of the world, winning the 1984 UPA Championships in Santa Barbara with Ricks leading the way catching seven goals. He’s played in 12 National/World Championship games, winning six. Randy was also the “heart and soul” of the first Colorado team to win Nationals and Worlds, “Old & in the Way.” For over 15 years, he lead them to four golds and four silvers in the masters and grand masters divisions. Lastly, he was named captain of first U.S. National team beach game in 2011.

Randy stood out as being a very difficult player to cover. If you fronted him, he would take you deep. He had great hands and timing, and he could outleap just about everyone. If you played behind him, as most did, he would cut under and then burn you with his accurate deep throws into the end zone. His pulls were long with maximum hang time, often landing in the deep corners of the end zone, a definite weapon. Defensively, he played the “deep deep” very effectively in the zone, baiting and then snacking on throws. He got a lot of hand blocks. While he wasn’t known for as many layout D’s as some players, he had a knack for getting them in the big games when it mattered most.

Randy was the leading goal catcher for St. Louis Tunas and best puller; he excelled at this throughout the 1980’s in the open division. Also, he threw many goals and was team’s emotional and spiritual leader.

Randy’s peak was 1984-1986, when the Central region was the toughest. The Tunas won Nationals in 1984 and the Boulder 4th of July tournament in 1985 and 1986. Many players considered Boulder 4th of July to be as good or better competition than UPA Nationals, due to regional imbalances. Most of the top teams and players attended: N.Y., Chicago, Los Angeles, Boston, San Francisco, Santa Barbara, Dallas, Houston, Denver/Boulder, St. Louis, Seattle, Portland, Phoenix, Salt Lake City, New Mexico, Carolina, Miami and others. St. Louis dominated this tournament, crushing a Hall of Fame (HOF) stacked NY/Boston combo team (Moons, Jeremey, etc.) by nine goals and defeating Santa Barbara Condors, Windy City and Boulder Stains (with top west coast ringers) in the finals. In 1985, after defeating NY Kaboom in pool play, HOF’er Ken Dobyns said to Ricks: “We had no answer for you.” In the Boulder 4th of July finals in 1986, Ricks accounted for eight goals, catching four and throwing four, including catching the game-winner to break the 22-22 tie. Also in 1986, St. Louis hosted College Nationals. Cornell came to town featuring future N.Y., N.Y. superstars Jon Gerwitz and David Blau. To help them tune-up, they scrimmaged the Tunas. The Tunas won 21-3, showcasing how good they were in the mid-80’s. Ricks still hasn’t officially retired. His role changed from top cutter to top handler. He stopped playing open after 1997. Since then, he became one of the most successful and dominant players in the masters division for 10 years and then the grand masters division, winning multiple national and world titles in each.

Regional Coordinator for the Southwest region masters division for eight years – named R.C. of the Year once

After the September 11th tragedy, in line with pro sports, he offered to perform the national anthem and other patriotic songs on the harmonica at USA Ultimate Nationals in Sarasota for opening ceremonies and each morning afterwards. This tradition lasted the entire decade from 2001-2010. Many players over the years have mentioned how much this meant to them and how it stirred their emotions.  It was hard for him not to choke up when he would look down and see over 1,000 top ultimate players stop their warm-ups to stand at attention while he played the National Anthem each morning.

Randy was an A-League captain of the Denver Summer League from 1991 to 2016, a 26-year, unprecedented run. He was also helpful and instrumental in volunteering leadership and organizational skills to keep this league successful.

From open to masters to grand masters, Randy was always someone talked about in the opposing huddle that had to be contained. He was known as an intense competitor, but he always displayed Spirit of the Game by being fair, friendly and spirited. His leadership contributions are immeasurable, as he helped co-found and lead one of the most successful pioneering teams in ultimate history, the St. Louis Tunas. Old and in the Way Captain Bob Pease said: “Randy is a winner on every team he’s played on. He was known as” the heart and soul” of our teams in Colorado, even though I was captain.”

Randy’s skill and athleticism as a top puller was second to none, and he started out as a feared receiver and ended as a feared thrower. He always stood out at the highest level of competition and has had one of the longest and most successful careers, as documented by Joe Seidler’s Archives. Lastly, he has played in 12 national/world championship games and has won six, and he has also won the Boulder 4th of July tournament three times. 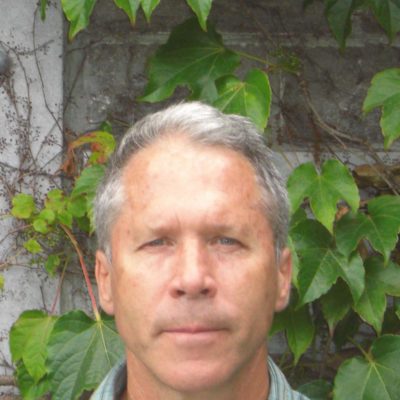 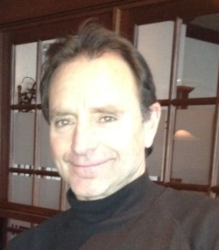