Christine “Teens” Dunlap led Lady Godiva, one of the most successful women’s teams ever, to nine UPA Women’s Club titles between 1988 and 2002. Teens was a multifaceted player—a leader, strategist, and teacher—who not only drew the toughest defensive assignments but also played a pivotal role in Lady Godiva’s precision offense. Regarded as one of the best all-around players in Ultimate, Teens thrived under pressure and was an intense competitor. At the same time, she displayed exemplary sportsmanship, earning the respect of teammates and competitors alike. Over the course of her career, Teens’ dedication to improving her own game while motivating those around her inspired scores of women to play at their highest level. 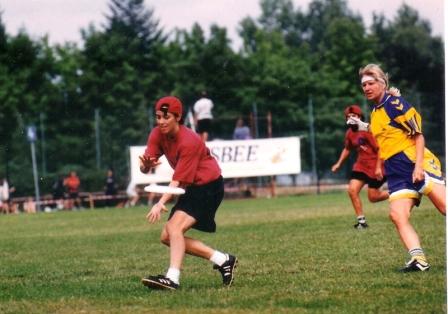 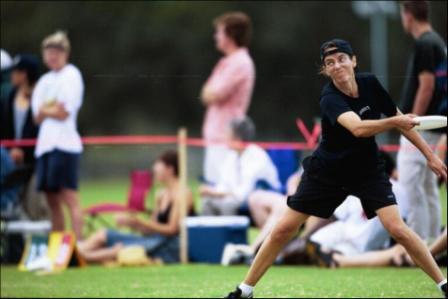 I usually played handler and sometimes middle-middle against a zone defense.

As a teammate, I was a part of the success Godiva had in the UPA Championship Series. It is hard to separate my individual accomplishments from that of the team.

Two things I think explain why I may have stood out. First, consistency. During the years I played with Lady Godiva, we played a high-percentage, low-risk offense. I played well within that offense, touching the Frisbee often, but not turning it over often. Second, longevity. I played for a long time, and for a perennial contender, Godiva. During the years I played with Godiva, I managed to stay relatively injury-free and played a lot of points.

For most of the years I played with Godiva, I was usually in a leadership role. We usually had a few people captain the team together, and I was always a part of that. Usually, I would run practice.

What was the peak of your career? lf you continued playing after your peak years, how did your role change? In what year did you stop playing at the top competitive level?

I think the best years of my career were the later years. As I said earlier, I managed to stay relatively injury free, which allowed me to play many years. Each year I learned from all the great people I was lucky enough to have played with. But, even towards the end of my career I could still move pretty well, and was able to apply my accumulated knowledge. Right until the end, I still took the hardest defensive assignment I could get. I stopped playing at the top competitive level in 2002.

I believe I am worthy of being inducted into the Hall of Fame because I played for 17 years at the most competitive level, I was a leader on one of the most successful teams in Ultimate history, and I have won nine UPA National Championships. But, this is Ultimate, and it is about more than a winning record. I always tried to play within our guiding principle, the Spirit of the Game.  I believe I always played fairly and respected the other players I faced. 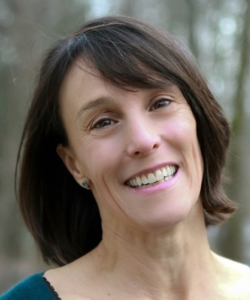